Having an Unsinkable Faith

Home > Blog > Having an Unsinkable Faith

Having an Unsinkable Faith 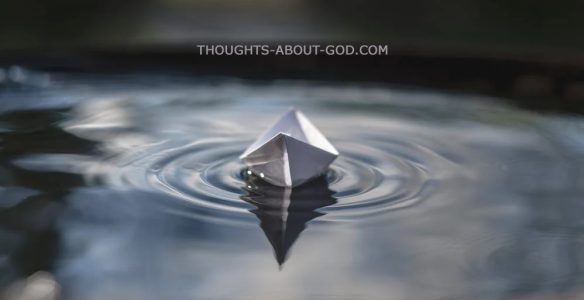 Think about it. Is your faith unsinkable?

“By faith Noah, when warned about things not yet seen, in holy fear built an ark to save his family. By his faith he condemned the world and became heir of the righteousness that comes by faith.” Hebrews 11:7

Much has been written about the sinking of the Titanic on its century anniversary. A lot has been true and some folklore. One story tells of a crewman who told a passenger upon embarkation that, “No one could sink this ship, not even God.” The liner went down on April 15, 1912, carrying 2,223 passengers. The sinking caused the death of 1,514 of them.

Then there was the documented story of Baptist preacher John Harper, which is chronicled in the book The Titanic’s Last Hero by Moody Adams.

“That Baptist minister actually ran around the deck shouting ‘Women and children and unsaved people, get aboard the lifeboats,‘” says Adams. “He even took off his life vest and gave it to a man who was not a believer in Jesus Christ. He said: ‘Here, take this. I don’t need it. I’m not going down — I’m going up!’”

Harper did not stop evangelizing to a non-believer he encountered while enduring the frigid waters of the Atlantic.

When she set sail, there were all kinds of classes and degrees of people on board: — upper class, middle class and lower class!! — But after she had sunk, there were only two classes; — Saved and lost!!

Think about it. Is your faith unsinkable?  When your physical boat sinks, are you going up or down?

•   The Powerful Reality by Ruth Calkin

•  Guardian Angels Watching over Us

The post Having an Unsinkable Faith can be found online at Daily Devotionals by Thoughts about God.