How to Live the Bible — Proclaiming Something New

Home > Blog > How to Live the Bible — Proclaiming Something New

How to Live the Bible — Proclaiming Something New

This is the two-hundred-eighth lesson in author and pastor Mel Lawrenz’ How to Live the Bible series. If you know someone or a group who would like to follow along on this journey through Scripture, they can get more info and sign up to receive these essays via email here.

[Jesus] said to another man, “Follow me.” But the man replied, “Lord, first let me go and bury my father.” Jesus said to him, “Let the dead bury their own dead, but you go and proclaim the kingdom of God.” Luke 9:59-60 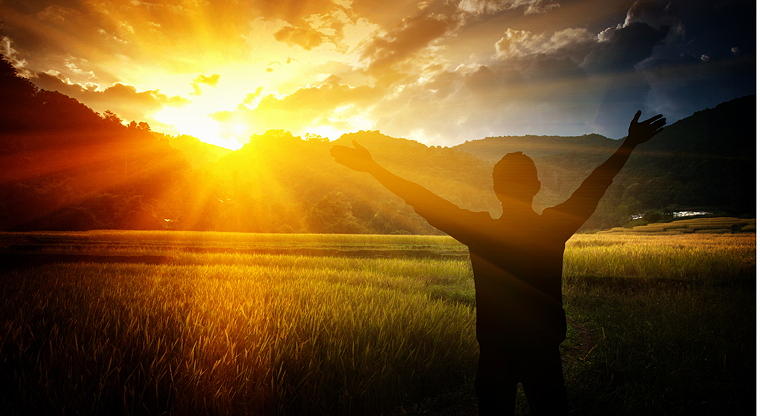 They entered the white-stucco building in the middle of Tel Aviv quietly. This small museum was not known to a lot of people, and they certainly didn’t know that on this date, May 14, 1948, history would be made there. David Ben-Gurion entered off the quiet tree-lined street and before the small gathering, banged his walnut gavel to call the meeting to order. The agenda was simple. Ben-Gurion read a document that had been carefully prepared and conceived for more than a generation: The Declaration of Independence of the State of Israel. And with that proclamation, the first Jewish state in 19 centuries was born.

There was no fanfare. No public display of celebration. Egyptian fighter jets were patrolling the skies above. Other countries were in a war stance, ready to pounce if such a political move was attempted. Ever since the British had left months earlier, everybody knew that those seeking a Jewish homeland might attempt to assert nationhood. But even the British didn’t think a new Israel would stand a chance against the surrounding armies. The following day, May 15, the armies of Egypt, Transjordan, Iraq, Syria, and Lebanon invaded the territory, and no one knew what would happen.

Create your own Bible Gateway free personal account and you’ll immediately upgrade your Bible Gateway experience. Do it right now!

It is not hard to proclaim a radical new thing. It is quite another to make it a reality. So when Jesus came declaring “the kingdom of God,” he was using words familiar to everybody, but in a whole new way. When Jesus said that the “acceptable year of the LORD,” the year of Jubilee, had been fulfilled, he was saying that God was moving in to take over. God, whose rule could never be challenged, was now making his benevolent rule available in a whole new way. With the coming of Christ, God’s rule had come. He would unveil his fatherly care and lordly judgment. Jesus said to many people, “Follow me.” And then he challenged them to proclaim the same thing he was proclaiming: a new kingdom had come.

What do you stand for in life? There could be nothing clearer than to stand for this: God rules over all, so we will live like he does.

Think about ways that you know God is all-powerful. Then prayerfully consider someone who you know feels powerless. How can you let them know that Christ is King? Find a way to proclaim to them today that they have access to his endless power.
___________

The post How to Live the Bible — Proclaiming Something New appeared first on Bible Gateway Blog.