How to Live the Bible — Turning the Calendar

Home > Blog > How to Live the Bible — Turning the Calendar

How to Live the Bible — Turning the Calendar

This is the one-hundred-ninetieth lesson in author and pastor Mel Lawrenz’ How to Live the Bible series. If you know someone or a group who would like to follow along on this journey through Scripture, they can get more info and sign up to receive these essays via email here.

For most people, turning the calendar from one year to the next prompts a longing for life to go well or be better than the previous year. Some people make New Year’s resolutions, which may last a year, a month, or maybe a week or two. Some people just don’t bother hoping for something better. 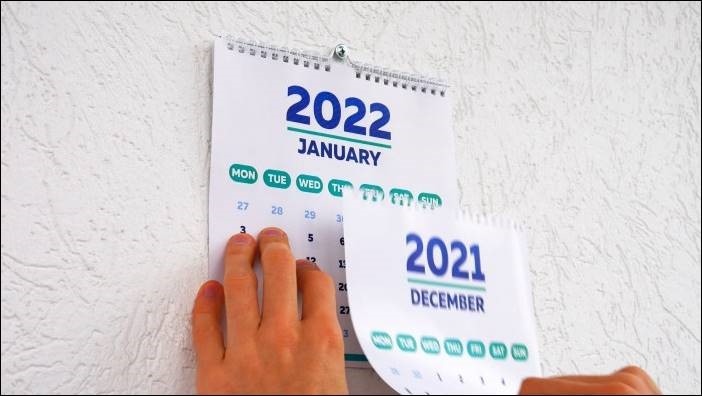 The name “January” comes from the Roman god Janus, the god of gates and doorways—the god of beginnings. He’s depicted with two faces, one looking back, the other looking forward.

It would be good if we could move into a new year with something more than a vague wish that things will be better. Some people choose fatalism, but that’s not the only option.

In Scripture, we’re introduced to a God who doesn’t just mark the passing of time, but stands above and apart from time. A caretaker and Lord of the future. The Creator who cares about what he created. This makes perfect sense, of course. What artist would create a masterpiece and not care what happened to it?

This is the idea of providence: the belief that God is Creator and stays connected with the creation, both knowing the future and being the caretaker and Lord of it.

Providence is the ongoing activity of God in preserving and governing everything that God has made in the creation. It’s exactly what you’d expect of a Creator whose work of creating is an act of love. Providence is both care that precedes and care that proceeds. It’s the benevolent attitude of God toward what he’s created. God began a great work in creation, and he continues that work.

Naturally, this raises the question of how we can trust in the love and care of God, since we see so much pain and distress in the world. This is an understandable question, which we’ll come to a bit later.

One day, a man came to see me who was interested in belief in God but had all the typical major questions. He asked me: How can God keep bringing more people into the world, knowing there’s so much suffering? I had a picture of my two young kids on my bookshelf behind him, and I pointed toward the picture. I told him my wife and I had experienced suffering and loss as we grew up, and we had a realistic view of life. Yet, we wanted to have kids. Why? Did we do something wrong by wanting to have kids? Did we cause suffering? No, that can’t possibly be true. It was good to have those two kids because the goodness of life outweighs the hard times that might befall us. Goodness is greater than pain.

Nobody knows what may happen in the coming year, and that’s probably a good thing. Any of us can speculate about the challenges and opportunities, pleasures and pains that may lie ahead. We’ll move into the future. But we cannot live in the future any more than we can live in the past. The present day is where we have power and choice.

Believing in the providence of God means the future is not a matter of random chance. We can call out to God for comfort and guidance and assurance. We can always ask God how things are meant to be.

More than the idea of a deity with two faces who looks ahead and behind, the biblical God is above all reality, encompassing in his vision and embracing in his power past, present, and future.

God is never surprised by what happens, but is alternately pleased and displeased by it. God points us in the direction of a good future, leading us toward a life goal that no human being would have conceived. We’re not the victims of fate. God intended us to be responsible beings, created to be like God, making better and better choices.

The good path is always just the next few steps in the direction of the good end.

The post How to Live the Bible — Turning the Calendar appeared first on Bible Gateway Blog.