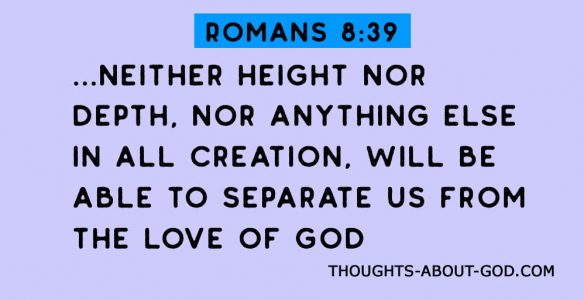 “…neither height nor depth, nor anything else in all creation, will be able to separate us from the love of God that is in Christ Jesus our Lord.” Romans 8:39

Bobbi’s spiritual life needed refreshing. Prayer became a duty rather than a joy.

Friend, God wants an intimate relationship with Bobbi! He wants the same with you. Instead of a structured activity, make prayer a meaningful conversation. Talk to Him as a best friend, share concerns, allow time for Him to speak to you through His word.

Bobbi began speaking to God aloud as she drove to work and in her morning walks. She even prayed for neighbors as she passed their homes. Rather than watching TV as she did dishes, she prayed and memorized scripture. Bobbi cherished these times with her Friend and Confidant, Jesus Christ.

Friend, God wants the same relationship with you. And He is waiting for you now.

Inspired by Priscilla Shirer, author of “A Jewel in His Crown”

By Vonette Bright
Used by permission

The post Passionate about Jesus can be found online at Daily Devotionals by Thoughts about God.