What It Means to Love and Cherish

Home > Blog > What It Means to Love and Cherish

What It Means to Love and Cherish 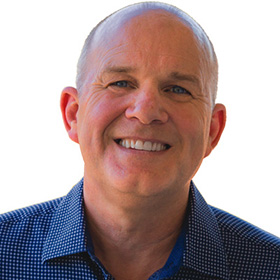 So husbands ought also to love their own wives as their own bodies. He who loves his own wife loves himself; for no one ever hated his own flesh, but nourishes and cherishes it, just as Christ also does the church, because we are members of His body.
—Ephesians 5:28-30, NASB

Khanittha “Mint” Phasaeng’s life changed dramatically in 2015 when she was crowned a Thai beauty queen. Her pageant win, according to the Daily Mail, led to lucrative film, advertising, and television contracts. Shortly after returning to her hometown, Mint became an Internet sensation when she was photographed showing honor to her trash-collecting mother by kneeling at her feet.

Mint’s mother literally collects and sells trash for a living, so that’s why Mint found her in front of trash bins when she returned from her triumphant win—still dressed in the tiara and colorful sash that marked her as one of Thailand’s new celebrities.

The photo of a glamorous young woman kneeling on the dirty pavement in front of a trash collector wearing plastic shoes evokes a wondrous gasp. Without shame, Mint called her mother’s trade an “honorable profession” that kept their family from starvation, and she praised her mother’s commitment and care.

One week before Mint’s win, her mother was all but invisible to 99.999 percent of Thailand. But when she was cherished by a suddenly famous daughter, millions got to hear her story and learn of her character and her worth.

This is a picture of what happens when we cherish a loved one. Mint didn’t just send her mother a thank-you card. She didn’t just give her mother a halfhearted hug. She got her dress dirty as she dropped to her knees in a place where people throw their garbage and bowed down to a woman in common dress.

Country Lights Uganda:   Was Liberty’s Board Set up to Support Falwell or Liberty?

This sign of respect, adoration, gratitude, and honor—going out of your way to notice someone, appreciate someone, honor someone, hold someone dear—in such a visible way, even kneeling at their feet, is a picture of what we could call “cherish.” Mint felt something in her heart, believed something in her mind, and expressed something physically by dropping to her knees.

She cherished her mother.

Ever notice how our attention is drawn to something whenever we see that it is given special care? When you’re walking around Washington, D.C., and a police motorcade of black SUVs escorts a car with tiny United States flags on it, you know the person inside must be important.

They’re being protected, after all.

You don’t put a Tiffany engagement ring in a shoebox. You don’t frame a Rembrandt in a Popsicle stick frame. You wouldn’t use a genuine George Washington autograph as a coaster.

The way we treat something acknowledges whether we cherish it or hold it with indifference or contempt. To truly cherish something is to go out of our way to show it off, protect it, and honor it. We want others to see and recognize and affirm the value that we see.

Just as an art collector will survey many frames and attempt many different lighting angles and then consider many different walls on which to showcase a particularly valuable piece of art, so when we cherish a person, we will put time, thought, and effort into honoring, showcasing, and protecting them.

Country Lights Uganda:   After the President's Assassination, What Haitian Christians Really Need from the Western Church

Cultivating a cherishing attitude toward your spouse will elevate your marriage relationally, emotionally, spiritually, and even physically. You will set different goals for your relationship. You will look at your marriage from entirely different angles. While cherish may seem to start out as an internal reality, it will always be reflected by what you do, and it can revolutionize your marriage. 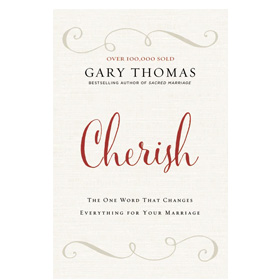 Taken from Cherish: The One Word That Changes Everything for Your Marriage by Gary Thomas. Click here to lear more about this book and other books by Gary Thomas.

Gary Thomas, pastor and bestselling author of Sacred Marriage, believes that one simple word can bring hope, light, and life into any marriage: Cherish.

Most marriages survive by gritting teeth and holding on. But what if surviving marriage wasn’t the goal? What if we aimed to thrive instead? In Cherish, Thomas teaches us that although there are a countless number of marriages consisting of two people just going through the motions, there are real ways this pattern can be reversed: when husbands and wives learn to cherish one another in their everyday actions and words.

The way we treat something acknowledges whether we cherish it or hold it with indifference or contempt. To truly cherish something is to go out of our way to show it off, protect it, and honor it. We want others to see and recognize and affirm the value that we see. Thomas reminds us that in a world desperate for marriage redemption, the act of cherishing is needed now more than ever.

Cherishing your spouse will elevate your marriage relationally, emotionally, spiritually, and even physically. You will set different goals for your relationship, and you’ll see your marriage with fresh eyes. Through personal stories, real-world examples, and timeless biblical truths, Thomas shares the tools you need to turn your marriage around, including:

Through the biblical act of cherishing, we can empower our spouses to become who they are called by God to be, and in the process to become more of who we are called to be, creating a marriage that feels more precious, more connected, and more satisfying. If you’re ready to revolutionize your relationship, it’s time to learn how to truly cherish it.

Gary Thomas is a writer in residence at Second Baptist Church in Houston, Texas, and an adjunct faculty member teaching on spiritual formation at Western Seminary in Portland, Oregon, and Houston Theological Seminary in Houston, Texas. He is the author of 19 books, including When to Walk Away, Sacred Pathways, Cherish, and Sacred Marriage—over one million copies sold. He has a master’s degree from Regent College and was awarded an honorary doctorate in divinity from Western Seminary. Gary has spoken in forty-nine states and ten different countries. Learn more at GaryThomas.com.

The post What It Means to Love and Cherish appeared first on Bible Gateway Blog.