Why Are Protestant, Catholic, and Orthodox Bibles Different?

Home > Blog > Why Are Protestant, Catholic, and Orthodox Bibles Different?

Why Are Protestant, Catholic, and Orthodox Bibles Different? 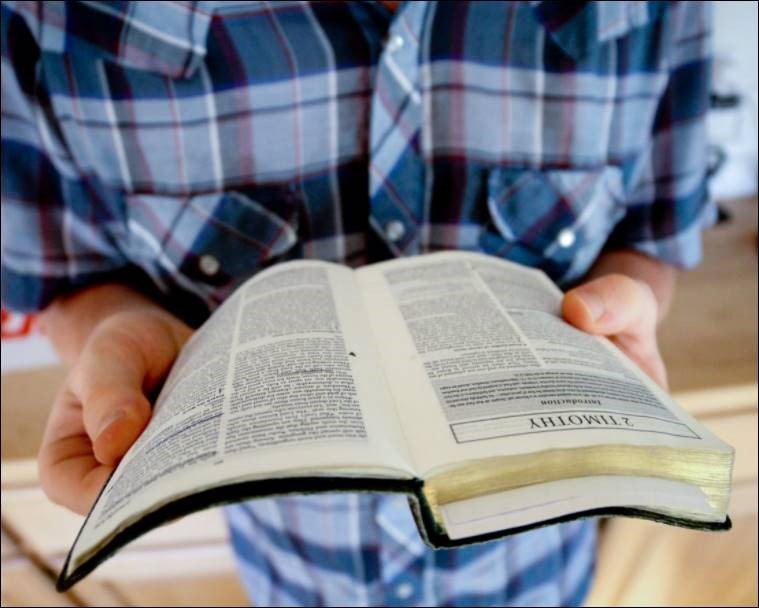 As you can see, the Protestant, Catholic, and Orthodox New Testament canons are identical. So how and why are the Old Testament canons different? Not much of the original writing process of each book of the OT is known since the writings took place in the distant past for which historical provenance is scanty. Nonetheless, let’s begin at the beginning.

The OT starts by assuming God exists as the written record recounts his creation of time and everything else. The Jewish leader Moses is generally accepted as the author of the first five books of the OT, called the Pentateuch. Since Moses lived around the 15th century BC, he describes historical events (creation, Noah, Abraham, etc.) that greatly precede his life, and he records events contemporary to his life (Egyptian bondage, the Exodus, wilderness wandering, etc.).

Israel had many prophets through its long history who were recognized as speakers for God, and their word was regarded as true by the faithful in the nation. The sacred writing of the OT books written on scrolls by a succession of prophets extend from around 1500 BC to 400 BC, as acknowledged by Jewish scholars in the centuries prior to the birth of Jesus (and then Protestant scholars in the centuries after his birth). Over time, as books were added to the canon and the scrolls became larger, books were grouped together.

Country Lights Uganda:   The Church Doesn't Get Men. Can It Learn from Non-Christians Who Do?

[Read Bible Gateway Blog posts that introduce you to the Bible]

While it’s impossible to be certain, tradition has it that Ezra was mainly responsible for the collecting of the sacred writings into a recognized canon. Suffice it to say, as people were moved by the Holy Spirit to write the books, so people were led by the Spirit to preserve and treasure the books. There is no scholarly consensus as to when the Hebrew Bible canon was finalized, but it may have been around 100 BC.

The Apocrypha (also known as the Deuterocanonical Books)

Apocrypha is the word applied technically to certain books—written by Jewish authors during the last two centuries BC and the first century AD—that were considered to be officially outside the Hebrew canon because of their esoteric content. In the third century BC, the Jewish Scripture, along with the Apocrypha (also known as deuterocanonical or “secondary canon”), was translated into Greek for the convenience of the many Jews who were not fluent in Hebrew. This translation is known as the Septuagint, Greek for seventy referring to the tradition that 72 rabbis worked on the translation. It’s often abbreviated as “LXX” (70 in Roman numerals).

Country Lights Uganda:   How to Live the Bible — Assurance From Jesus

When the NT was being formed during the Early Church years, the LXX was in common use by Jews and Jewish Christians, and Christians adopted it as the OT of the Christian Bible. However, around AD 100, Jewish rabbis revised their Scripture and established an official canon of Judaism which excluded some portions of the Greek Septuagint. The material excluded was a group of 15 late Jewish books, written during the period 170 BC to AD 70, that were not found in Hebrew versions of the Jewish Scripture. The Early Church did not follow the revisions of Judaism and continued to use the text of the LXX as the OT.

In the 1500s, when the church divided to become Catholic and Protestant, Protestant leaders decided to organize the OT books according to the official canon of Judaism rather than the LXX, moving that content into a separate section of the Bible called the Apocrypha; it stayed that way until the mid-1800s. Over time, believing the Apocrypha to be less important, Bible publishers eventually dropped it from most Protestant editions.

[Read the Bible Gateway Blog post, Who Wrote the Book of Hebrews]

The Roman Catholic Church continued to base its OT on the LXX, as did the Orthodox Church, which accepted even more writings as being sacred. The result is that these versions of the Bible have more OT books than most Protestant versions. The Catholic Old Testament includes 1st Maccabees and 2nd Maccabees, Baruch, the Letter of Jeremiah, Tobit, Judith, The Wisdom of Solomon, Sirach (Ecclesiasticus), additions to Esther, and the Prayer of Azariah along with the stories of Susanna and Bel and the Dragon which are included in the book of Daniel. The Orthodox Old Testament includes these plus 1st Esdras and 2nd Esdras, Prayer of Manasseh, Psalm 151, and 3rd Maccabees and 4th Maccabees, some being in an appendix.

Country Lights Uganda:   What This Aboriginal Christian Wants to Tell the Church About the Australia Fires

While there are differences between the Bibles, the majority of their OT books are the same, as are all of their NT books. In the end, it’s important to remember the words of Hebrews 4:12 and 2 Timothy 3:16-17.

Click the links below to read entries from the Encyclopedia of the Bible on Bible Gateway:

The best value in digital Bible study is your membership in Bible Gateway Plus. Try it during a FREE trial period right now!

The post Why Are Protestant, Catholic, and Orthodox Bibles Different? appeared first on Bible Gateway Blog.